Training project for South African farm workers: where do we stand?

Accueil / Blog / Training project for South African farm workers: where do we stand?

You who supported our project by voting for us in the Region’s participatory budget, « Occitania open to the world« , must be wondering where we are post-confinement, in the days of Covid 19.

It is thanks to you that we were among the first and we are grateful to you. Unfortunately, the virus passed and the first training session for our South African friends had to be postponed to 2021. But the Region had not given up on us and in September 2020, journalists and cameramen came to take stock of the situation and give us an extra push so that this project, which is so dear to our hearts here at the Ferme Enchantée, can become a reality in 2021.

Before showing you the images that were shot by the team in the region, let’s go back over the history of this project.

Origin of the project.

A few years ago, we went to South Africa by chance, for a holiday, at the invitation of friends we had not seen for a long time. We were dazzled by this country, the beauty of these vast landscapes so different from ours, with a fauna and flora that are among the richest in the world and largely preserved, and of which South-Africans are so proud. In the national parks it is forbidden to throw anything away, including an apple core, to avoid introducing invasive species. To do this there is not a single bin in the parks and it works very well. South Africans are very respectful of the regulations.

However, we also noticed that this country, after the end of apartheid with the arrival of Mandela, had not succeeded in reducing economic inequalities, quite the contrary. And we found it shocking to see that townships continue to grow around the cities, big and small. So the tourist places are only frequented by whites and a very small minority of blacks.

We tried to find out more and we made a second and third trip, this time invited by farm workers’ unionists from the Western Cape region. We were able to share with them the reality of their life in the townships, where millions of people survive as best they can, with the lack of running water, malnutrition, in short, misery. For these millions of people, the end of Apartheid has changed nothing in their lives. Freedom of movement is set in law but most people have no means of transportation and public transport is mostly inexistant. No great improvement in the racial divisions either, since even the shantytowns are organised according to skin colour, inherited from the hierarchy instituted in 1945: whites, coloureds (people of mixed race, people of Indian or Asian origin), blacks.

There has been no land reform, always postponed by the different governments. It should be noted that the farms there can cover thousands of hectares and are almost exclusively in the hands of the former colonisers, of French, Dutch, British and German origin, and that consequently the agricultural workers who work there have a status more or less equivalent to serfdom as it existed in Europe. They were « housed » in unsanitary shacks but paid rent and had to buy their supplies from the farmer’s shop, since they had no transport to get around.

The farm workers’ unions, when they are authorised, have been trying for years to help these populations to take their destiny in hand by encouraging and supporting certain initiatives by creating market gardening areas in the shanty towns that the women are grappling with, metre by metre, on municipal land. It is often the women who are at the forefront of the struggle because the men are busy in the factory, packaging fruit juice or table grapes, or making wine for export.

We were very moved by this situation and when the South African NGO TCOE (Trust for Community Outreach and Education) became interested in our farming methods, we offered to come and see us here in the Gers. We decided to work together to develop a programme of training, support, exchange and mutual aid for various pilot projects in the Western Cape region. This project, which is several dozen pages long, will be presented to you in the coming weeks and months.

Since the arrival of that virus, the health and social situation has deteriorated. In South Africa, where unemployment was already at 25%, the situation deteriorated very quickly despite the strict containment measures taken immediately by the government. Poverty and hunger became widespread in the poorest areas. NGOs, charities and farm workers’ unions had to implement emergency food distributions, particularly in rural areas, and at the same time encourage resilience by helping people to grow food where possible. In this way, a huge solidarity movement has developed in one of the richest countries in Africa, which also holds the world record for inequality.

Scheduled for a trip in January 2021, travel restrictions forced us to cancel it again. Due to these complications, by mutual agreement with the Cape Town NGO, the visit of South African farm workers and small farmers to Montestruc will be cancelled once again.

On the other hand, the travel restrictions on the French side having been lifted, in September 2021, two of us went there to start a training course directly there for a trip of several weeks.

We found the country quite changed since our last visit: worsening poverty, extremely high unemployment rate, up to 55% of the population with its corollary, malnutrition for many.

This stay of almost six weeks enabled us to deepen our knowledge of the country and above all to measure the scale of the task. Indeed, even more than here, agricultural production is totally industrialised and dedicated to export. Moreover, almost all the land remains in white hands and the government. The State owns a lot of arable land but is reluctant to start redistributing it. When it does, it is for large-scale projects modelled on huge farms and export-oriented businesses.

But this last visit, if it was a revelation of the many difficulties for those who wish to work the land, also highlighted the incredible resilience of South Africans in organising solidarity and trying to move forward despite everything.

Finally, at short notice, we were able to organise a training course on the spot and this is what we will tell you in our next post. 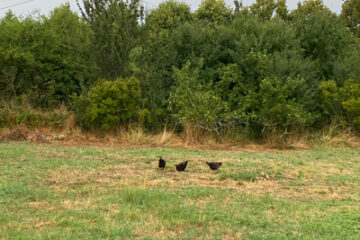 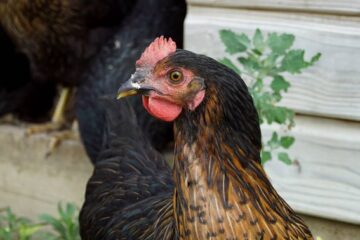 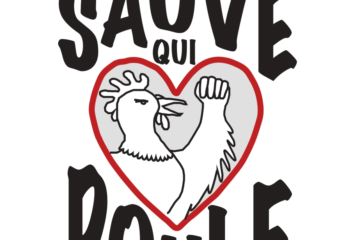